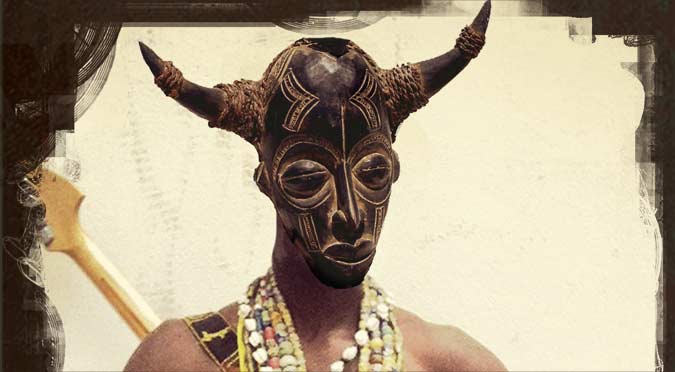 Tickets: £8 in advance and £10 on the door available from Eventbrite or Box office: www.richmix.org.uk

‘VAUDOU GAME’ are headed by Peter Solo, singer and composer, born in Aneho-Glidji, Togo the birthplace of the Voodoo Culture. Funk, is the skeletal structure of this debut album and provided the opportunity for Peter to invite his uncle, Roger Damawuzan– the famous pioneer of the 70s Soul scene – on two tracks. Their collaboration on the stone cold classic “Pas Contente” is a highlight on this 100% analogue album as Apiafo was entirely recorded, mixed and mastered with old tapes and vintage instruments.

They strive for authenticity; the analogue sound and vintage looks don’t mean that Vaudou Game is searching for the past. This is Togolese funk, born in the post-colonial era that never before explored its ancient roots so deeply and proudly. Performing live with all the vintage equipment, simply a jaw dropping debut of the highest order!

Check ‘VAUDOU GAME’ on You Tube or SoundCloud